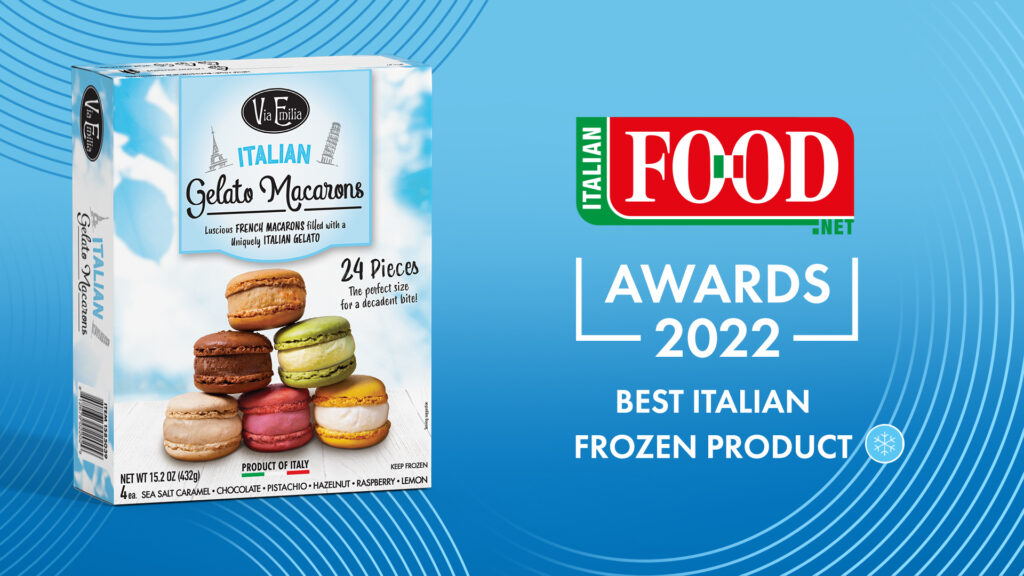 Emilia Foods is excited to share the news that its newest dessert, the Italian Gelato Macaron, has been awarded the highest honor at the SIAL food show held in Paris in 2022. This highly respected event brings together the best in the food industry, and Emilia Foods is honored to have been recognized for its unique and delicious treat.

The Gelato Macaron is a mouthwatering combination of two classic desserts: the French macaron and Italian gelato. The macaron, a popular pastry that originated in Italy but gained widespread fame in France, is made from ground almonds, sugar, and egg whites. The shells are light and airy, with a crisp outer layer and a soft, chewy center.

Italian gelato, on the other hand, is a creamy, rich frozen treat that is similar to ice cream but made with milk instead of cream. It is churned at a slower speed than ice cream, which gives it a denser consistency and a more intense flavor.

That’s why Emilia Foods isn’t stopping here – in 2023, we plan to introduce even more flavors to the lineup, including coffee and a variety of fruit options. With its two bites of sweet perfection, the Gelato Macaron is sure to become a new favorite among dessert enthusiasts.